The Shake Shack Table Tennis League (SSTTL) Tournament kicks off its first event at Coral Gables Shake Shack on February 20, 2014 at 7pm. The inaugural event takes place at the start of the South Beach Wine and Food Festival and is sure to bring in the people who love food and table tennis. Check out the fun details below and make sure to register in advance at Coral Gables Shack for a spot in the tournament.

The first-ever Shake Shack Table Tennis League (SSTTL) tournament will kick off at 7:00PM on Thursday, February 20th, at the Coral Gables, FL, Shake Shack located at 1450 South Dixie Highway directly across from the University of Miami.

The SSTTL is free to enter and open to the general public, with 16 slots available in the tournament-style bracket. Shake Shack will provide players with branded paddles and balls to use, along with a professional-grade table to play on.

To keep matches moving steadily along, rally scoring will be utilized. Prizes will be awarded to the top three finishers, with the overall champion taking home a $75 Shake Shack gift card, limited edition SSTTL t-shirt, custom-made trophy, and of course, bragging rights!

With only 16 slots available in the inaugural tournament on February 20th, interested players are encouraged to stop by the Coral Gables Shack now to register in advance.

Every good sporting event needs an enthusiastic crowd. All spectators will receive a free retro-inspired Shake Shack wristband and pair of Shack Shades, plus food and drink specials will be offered all night.

Once the inaugural SSTTL tournament is a wrap, the Coral Gables Shake Shack will host more table tennis tournaments on an ongoing monthly basis. The next tourney is slated for late March. 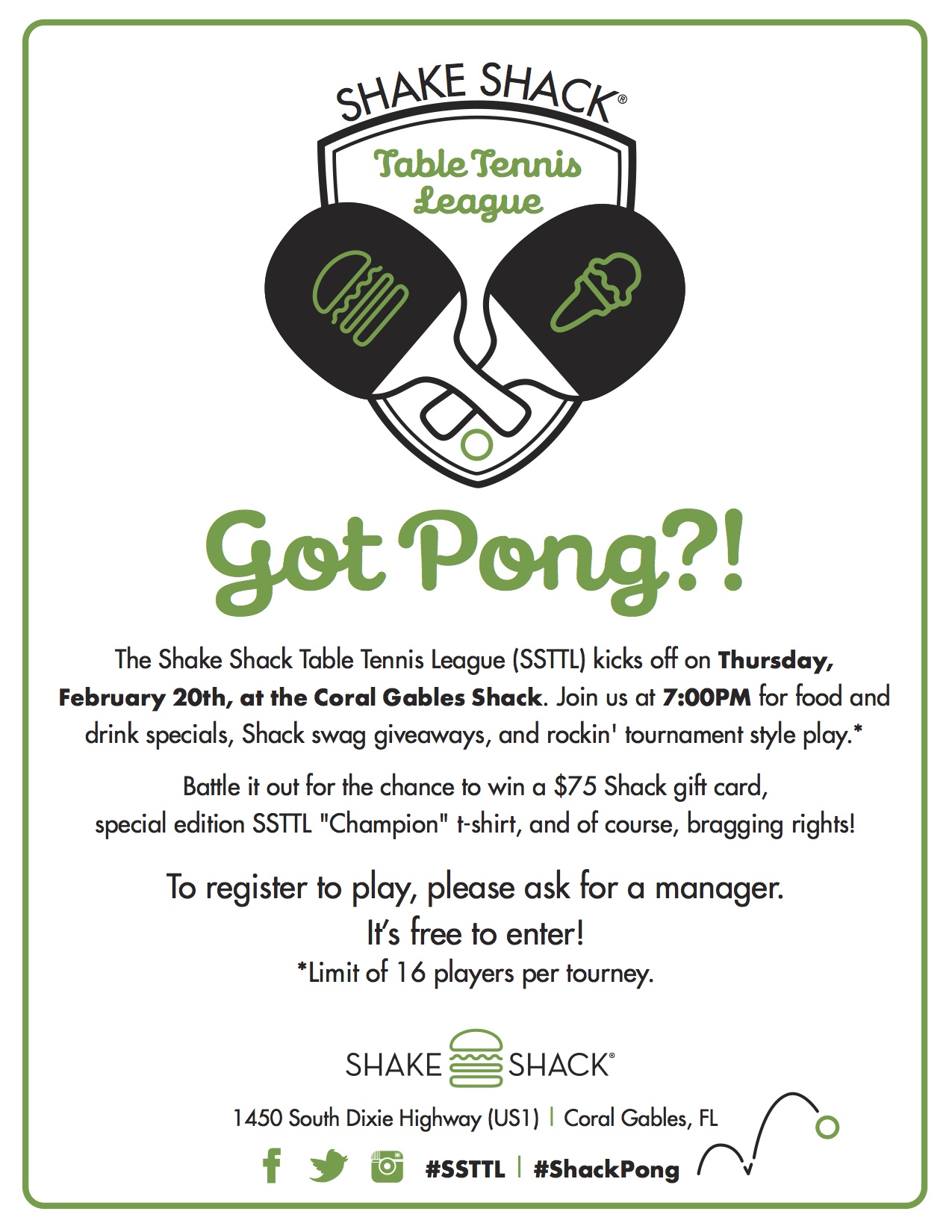