Looks like Central Floridians and all of Orlando loves Shake Shack! The NYC based company has officially announced their second location! Can’t wait until Spring 2015 for a Shake Shack in Orlando! Check out the details below… 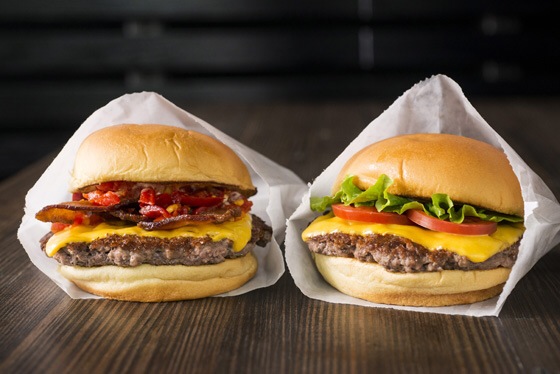 Building on the success of the Winter Park Shack that opened this past July, the newest Central Florida Shack will be prominently situated in the all-new I-Drive 360 – Orlando’s premier dining, entertainment and shopping destination that is home to the 400-foot-tall “Orlando Eye” observational wheel. Conveniently located on famed International Drive, the I-Drive Shack will be approximately 3,000 square feet with an outdoor patio space for al fresco dining.

Established in 2004 in New York City’s Madison Square Park, Shake Shack is a critically acclaimed, modern day “roadside” burger stand known for its 100% all-natural Angus beef burgers, griddled-crisp flat-top dogs, crinkle cut fries, fresh-made frozen custard, craft beer and wine, and much more. A fun and lively community gathering spot with widespread appeal, over the past decade Shake Shack has earned a cult-like following in Florida and around the world.

Like its Sunshine State predecessors in Miami Beach, Coral Gables, Boca Raton and Winter Park, the I-Drive Shack’s menu will feature all the Shake Shack classics plus a selection of location-specific frozen custard concretes to satisfy those sweet tooth cravings.

As is the case with all Shacks, the I-Drive location will be constructed with recycled and sustainable materials, and feature energy-efficient kitchen equipment and lighting. Chairs and booths will be made from lumber certified by the Forest Stewardship Council, and other eco-friendly touches will be incorporated throughout the space.